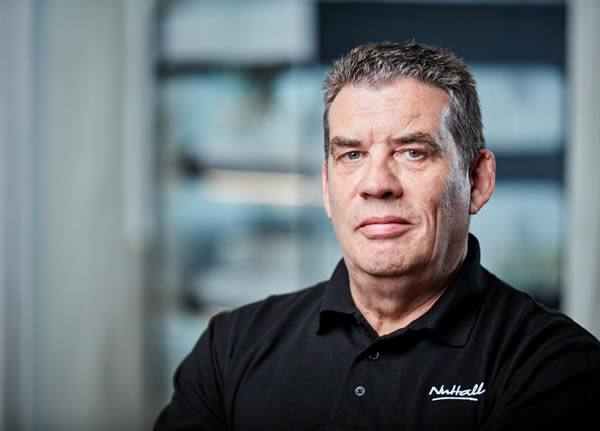 Mick joined Dunlop in 1979 from college to become Technician Engineering Designer where he was involved in all aspects of mechanical designing of aerospace components for injection and compression moulding. First involved in the design of heated drying cabinets for polymer curing processes and polymer accretion and layering whilst at Dunlop, Mick then focused on electronics and software development in the mid 1980’s for process control and automation at Dunlop.

Mick joined the Alan Nuttall Partnership in January 1988 as an equipment design manager and started by designing shopfitting equipment. Mick designed and developed Nuttalls first refrigerated salad bars in 1989 and eventually led the design and testing of the full range of Nuttalls refrigerated cabinets with a large team of designers and engineers.

Mick designed and developed the worlds’ first heated air curtain display cabinet, the TurboServe in 1997 and achieved the first of many patents for this technology, leading to being awarded the Queens Award for Industry – Innovation in 2005.

Having completed his 31st year with the Alan Nuttall Partnership, the company now holds many international patents for heated display equipment and has, with a dedicated development team, designed and created the hugely successful and pioneering heated display cabinet, the FlexeServe ZONE range.

With decades of experience in both heated and refrigerated technologies, Mick has used that knowledge to create a PAS for the standardised testing of heated display cabinets’ thermal performance with a view to having a realistic standard to test all cabinets for comparison.

All sessions by Mick Steele